The more we travel the more we realize how different and yet how alike we all are. In fact, people around the world have different customs, traditions and daily routines. However, we all share the same needs and dreams. That’s why traveling is such a privilege, we get to know real people, exchange experiences and learn about local cultures.

This is a travel photo post that showcases very interesting people we’ve met across our different travels. We hope you like all the colorful outfits and contagious smiles. Don’t you want to travel forever!? 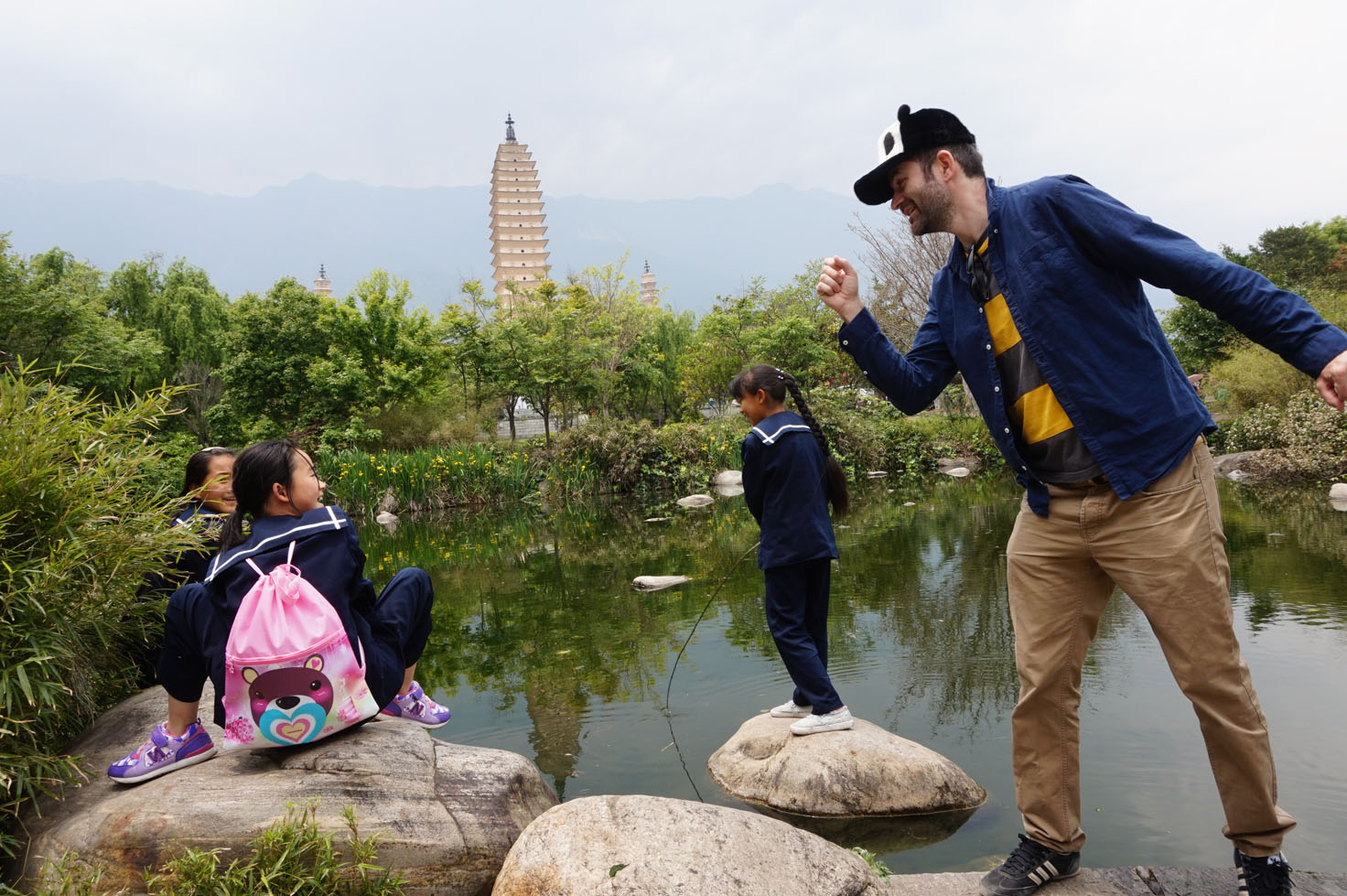 With 56 official ethnic groups China is one of the World’s most ethnically diverse countries. Most of the populated areas around the coast are dominantly Han regions, but the interior of China is full of different languages and traditions. Nevertheless, all Chinese people are quite genuine, one would say honest and straightforward.

In fact, they will jump the queue, push you, spit on the street, or grab your arm to take a photo. However, whenever we seemed lost there was always somebody trying to help us and not even once were cheated or taken advantage of. Additionally, they seem as childish as I myself am. Whenever I would propose something silly like a strange pose for a photo or jumping on a swinging bridge so many Chinese would join the fun! Japanese people, on the other side, seem homogenous. In Japan you won’t find such outlandish behavior. Even more, the conservative dress code means you won’t even see a naked shoulder or knee. Not even once we saw anybody skipping the norm in any way. It’s impossible to see anybody being late, rude, or just slightly raising the voice.

What you will find in Japan are arguably the most polite people on Earth. The Japanese are extremely well mannered, helpful and quite shy. In fact, their polished humble ways are contagious. When we were there, we felt we had to behave on our best! Additionally, the country is so safe kids go to school alone by metro. Thai people are nice, friendly, and have a great sense of humor. It’s them who make you feel comfortable when traveling around this beautiful country. Contrary to what we heard several tourists say, we felt Thais are genuinely nice. Indeed, their wonderful smiles are part of their culture. I simply cannot separate Thai food from Thai people. The moment I would taste their food, I would smile raise my head and see the cook and people around me smile too in agreement: delicious food makes you happy.

In Thailand you not only get to know the local culture. Unfortunately, you get to know the dark side of travelling. It is truly embarrassing, and it’s getting worse every year. To our amazement, Thai’s have managed to maintain a high hospitality level in spite of the annoying hordes of tourists. The things that Thai’s have to put up with! And they do it without judging. You can be whoever you want, and do whatever you want. It is your business. So refreshing! The people of Myanmar are charming, friendly, good looking, and very traditional. Both men and women wear Longyi (a piece of clothing similar to a Sarong) and use Thanaka (a cosmetic cream made from ground bark) to protect their faces from the sun. It is still not uncommon to see men playing football in the street at night, youngsters driving the elderly on their tuc-tucs, families walking by the river and locals having picnics around the temples.

That’s probably their biggest asset: generosity. We were walking about the temples of Bagan in awe and at the same time exhausted due to the heat. More than once, we got invited by local people to sit down and share their delicious food! We gladly accepted and since we couldn’t communicate with words all we did was laugh and enjoy. People of the Philippines

To us Filipinos are probably the nicest people on earth. We met so many interesting people all around the country and had long and fun conversations. Actually the one thing I remember the most from this beautiful country is the constant laughter. Noise is everywhere in the Philippines, but Filipinos don’t seem to mind. It was us getting a bit annoyed. However, it’s impossible to get angry, the moment you complain, they apologize, stop the noise and give you a huge smile. Crazy lovely bastards!

Let me share with you our experience at the Sinulog party in Cebu. It is a fantastic religious festival with dancers and performers taking all over the city’s streets. When we got there, we were shocked by the sheer number of people and the heat. I simply do not know how they did it, but we spent two days partying and dancing, surrounded by polite well mannered people. We didn’t have a single problem, nobody pushed us, and everyone was happy and laughing! Brazil is arguably one of the most diverse countries on earth. People from Europe, Asia, Africa and original Americans share this humongous country. What surprised us a lot was the diversity of beauty. Brazil is like a sample of the entire world, with a plethora of looks, accents, music, food and minds. And yes, it is not a myth, Brazilians are hot!

In Rio de Janeiro everybody is good looking and fancy, but a bit cocky. No complains here, I’ve got nothing against handsome people showing off in a city as fantastic as Rio. On the other hand, Salvador de Bahia feels more “grand”. People in Salvador tend to be tall and elegant. Finally, we had a great connection with people from small towns. You could see the peace of their environment reflected in their relaxed happy ways. We found huge contrasts in Azerbaijan. While some people will show you the beauty of their country, or discuss how meaningless wars are, others seem more reserved and are not that open. Of course, as a Muslim country interacting with women is limited. Too bad, we would have liked to talk to more women and hear their view points. However, Azerbaijan is not too conservative, so you get to see women sporting their hair and women fully covered.

I remember talking to a local policeman in Baku, who was keen on sharing stories about his country, so friendly and unpretentious. At the same time, when you get out of the Old Town, to the less glitzy parts of town, it’s difficult to strike a conversation. I reckon that it’s more than just the lack of common language. Perhaps Azeris are a bit shy. Naturally, we felt more at ease with people from smaller cities. Probably a quieter life in the countryside leads to a happier heart. Turkey is a large country, and of course a fascinating mix of Asia and Europe. Turks come in all beautiful shapes, colors, and styles. Even more, as the crossroad of two continents, Turkey is home to different traditions and mentalities. The more you go towards the East, people seem more conservative, hospitable and friendlier. It seems as a contradiction, but it is true. What could a traditional Muslim have in common with a liberal European? It simply doesn’t matter. In rural Turkey what matters first and foremost is hospitality, good vibes and great food.

Istanbul, on the other hand is something else. The city is the epitome of sophistication and variety. Since people have mixed for centuries in Istanbul, they are open-minded and cultured. Istanbulites are cool and creative, but to our surprise friendly and funny.